Fairy, Fun and Fantasy creations in the Ox Mountains

In the heart of the Ox Mountains, exquisite and quirky books are created by The Ox Bindery, a family run bookbinding and conservation business. 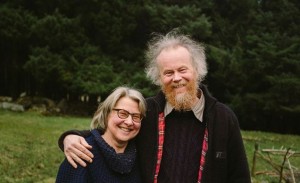 Piggelmee Books and Blackboards  -  the fairy fun and fantasy creations of
The Ox Bindery - are made by Ineke and her daughter Martje.
Exquisite and Fine Bindings are made by Benjamin, a qualified bookbinder,
and a qualified and ICRI Accredited conservator in Books Paper and Parchment.

Ineke is a former teacher PE. After teaching at all levels of education, she moved to Ireland in 2002, following Benjamin who was already appointed as a conservator at the National Archives in Dublin.

The couple bought a cottage and some outbuildings in the West of Ireland. Ineke started to teach at a primary school in Ballina and Benjamin- beside his work in Dublin -  carried out conservation work from the cottage.

In 2004 the new build studio opened it doors and very soon National and Local authorities found their way to have their documents conserved/restored. Due to the huge demand of work, Ineke got involved in the business and her main conservation tasks are paper repair and resewing. 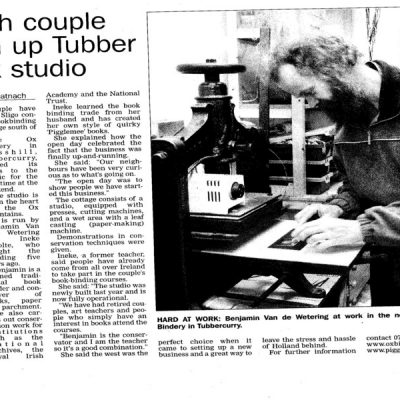 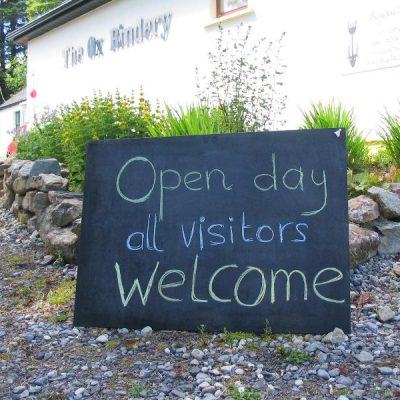 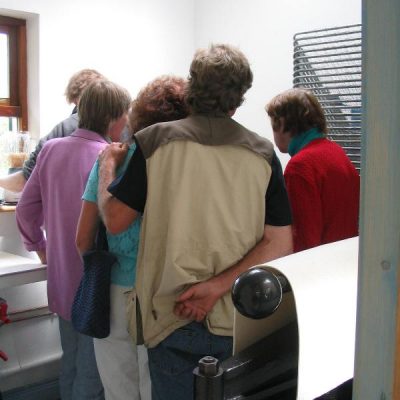 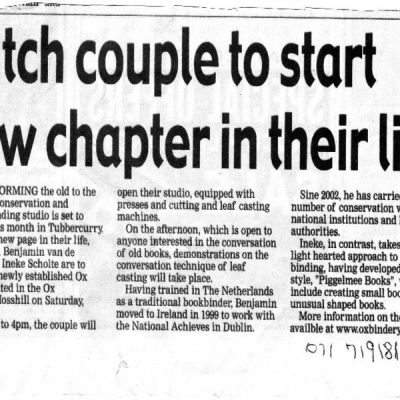 In the same year (2004)The Ox Bindery sold for the first time, their handmade products at the National Crafts and Design Fair in Dublin. Benjamin trained Ineke how to make books and the main products on the first fair were miniature booklets and earrings. In the following years they extended their range of books with Blackboard Books and later with a full range of Blackboards. 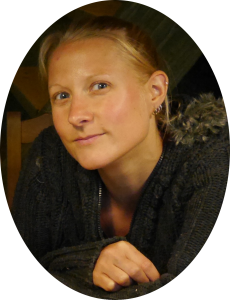 Since 2011 daughter Martje
- living in the Netherlands -
partly joined the business.

She created and managed a new line of products of Blackboards,
exploiting her skills from the creative beginning to the sales end of it.

Her line of Blackboards was put on sale at the National Crafts and Design Fair in 2013
and attracted the attention of John Perry TD, minister for trade and enterprise.
With ever increasing sales, the Blackboard product line has become a major
and steady contributor to our success at this annual Fair.

Martje also followed various Bookbinding courses and is coming over to Dublin
to prepare for and to sell the products at the National Crafts and Design Fair.

Many thanks to our project manager Martje
for all her creativity and hard work she put into it!

Inspired by nature, the silence, the light, Ineke developed herself as an artistic bookbinder; playing with colours and splashing with paint.

Benjamin is the master bookbinder, following in the steps of the traditional bookbinders.
Over the years he has become a renowed bookbinder, commissioned to make special bindings for special occasions as a gift to the Irish presidents, Mary McAleese and Michael D. Higgins, the Taoiseach Enda Kenny, president Obama and his daughters.